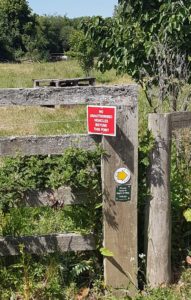 After requesting a public byway onto Bishon Common in 2002 when access was barred, we’re pleased to say Herefordshire Council has added the footpath to the Definitive map.  This is great news as we can now see the wildlife on this meadow, a Site of Special Scientific Interest (SSSI).

You can find the meadow in Bishopstone, at the bottom of Bishon Lane. Walk past the house “Greentrees” and down a path to a metal gate that you need to climb over. The footpath goes to the middle of the Common as you can see on the map below which is also attached to the fence by the metal gate. Please note, cattle graze here at certain times of the year.

As well as being a herb-rich meadow, Bishon Common has marshy grassland and a seasonal pond that floods when the Yazor brook that flows along it’s southern boundary bursts it’s banks. During Winter and Spring, it’s wise to wear Wellingtons when visiting the Common! Here we’ve seen snipe with its distinctive, long straight bill.

Certain rare plants and invertebrates, some of which are nationally scarce, have been identified by botanists from Natural England:

The herb-rich neutral grassland is characterised by crested dog’s-tail Cynosurus cristatus and common knapweed Centaurea nigra, a type which is now nationally restricted. The diversity of the meadow is enhanced by the presence of small watercourses and areas of marshy grassland. The sward contains a number of grasses, the dominant ones being crested dog’s-tail, sweet vernal grass Anthoxanthum odoratum, red fescue Festuca rubra and Yorkshire fog Holcus lanatus. 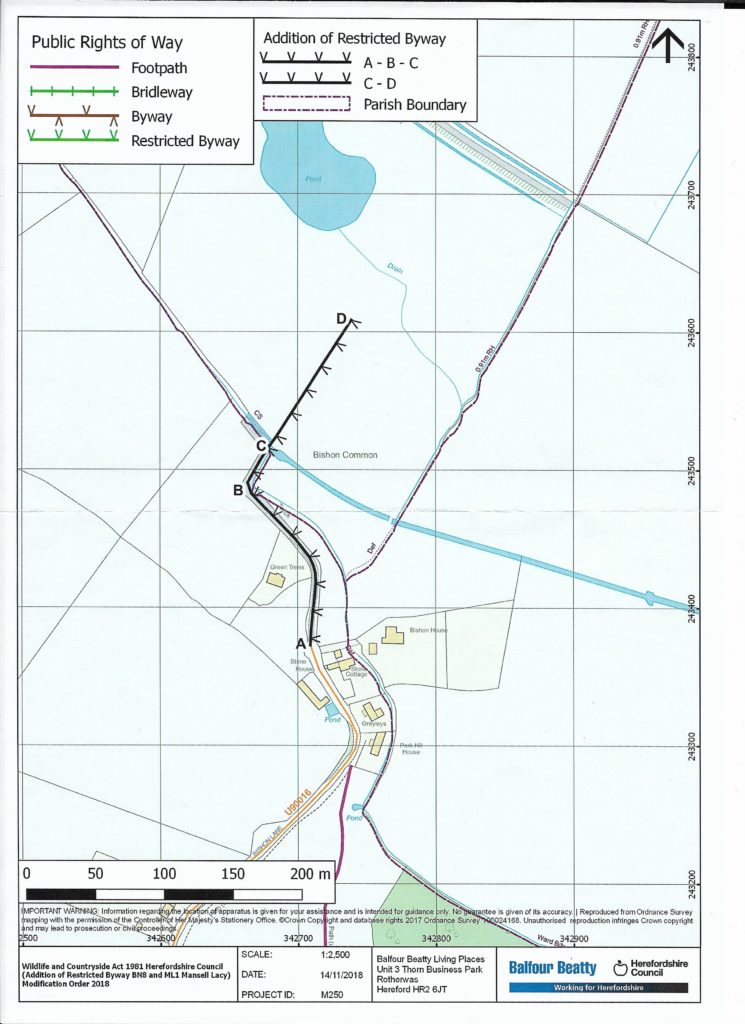 The areas of marshy grassland are dominated either by sedges such as lesser pond-sedge Carex acutiformis, hairy sedge C. hirta and false fox-sedge C. otrubae or rushes Juncus sp. Associated with the sedges and rushes are species such as water mint Mentha aquatica, common spike-rush Eleocharis palustris, fen bedstraw Galium uliginosum and yellow iris Iris pseudacorus. The nationally scarce orange foxtail Alopecurus equalis occurs here at one of only four locations known in the county.

Please note: As the Common is a SSSI, please don’t dig up any of the plants.

This site uses Akismet to reduce spam. Learn how your comment data is processed.