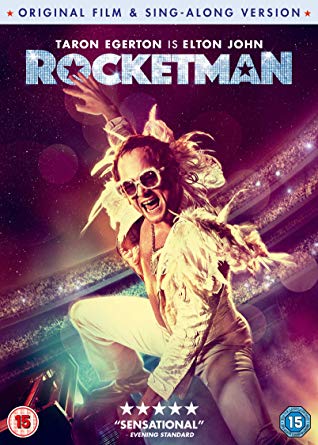 Our first film to kick off 2020 is Rocketman on Saturday 4th January at the New Bridge Community Centre.

This 2019 musical drama is based on the troubled early life of Elton John with Taron Egerton in the lead role. The film starts at 7.15pm, admission £5 to include coffee and biscuits and draw. Visitors welcome.

“It’s going to be a long, long time before a rock biopic manages to capture the highs and lows of an artist’s life like Rocketman.”
Critics Consensus, Rotten Tomatoes
89% Audience Score

February’s film is The Keeper being shown on Saturday 1st February. The Keeper tells the incredible true story of Bert Trautmann (David Kross), a German soldier and prisoner of war who, against a backdrop of British post-war protest and prejudice, secures the position of Goalkeeper at Manchester City, and in doing so becomes a footballing icon.

This site uses Akismet to reduce spam. Learn how your comment data is processed.